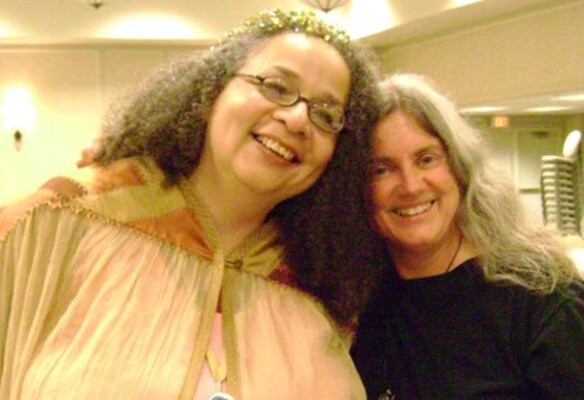 ​Nisi Shawl’s stories have appeared in publications such as Analog and Asimov’s magazines and in anthologies ranging from the groundbreaking Dark Matter series to Salon’s online Trump Project.  Ursula K. Le Guin described Shawl’s 2008 Tiptree Award-winning story collection Filter House as “superbly written.” Though known for her short fiction, Shawl also wrote the 2016 Nebula finalist and Tiptree Honor novel Everfair, an alternate history in which the Congo overthrows Leopold II’s genocidal regime.
​Shawl has appeared as a lecturer at Stanford and Duke Universities and University of Hawaii Manoa, among other institutions.


In 2005, Shawl co-wrote Writing the Other: A Practical Approach, a standard text on diverse representation.  She’s a founder of the inclusivity-focused Carl Brandon Society and has served on the Clarion West Writers Workshop’s board of directors for nineteen years.
Shawl reviews for The Seattle Times, Ms. Magazine, The Washington Post, and The Los Angeles Review of Books, and contributes monthly columns to The Seattle Review of Books and Tor.com.  She edits reviews for the feminist literary quarterly The Cascadia Subduction Zone.
She has edited and co-edited several fiction and nonfiction anthologies, among them Stories for Chip: A Tribute to Samuel R. Delany; and Strange Matings: Science Fiction, Feminism, African American Voices, and Octavia E.Butler.

Cynthia Ward was born in Oklahoma and lived in Maine, Spain, West Germany, the San Francisco Bay Area, Seattle, and Tucson before moving to the Los Angeles area. An alumna of the Clarion West Writers Workshop, she has published two short novels, The Adventure of the Incognita Countess (2017) and The Adventure of the Dux Bellorum (2018) with Aqueduct Press. She has also sold stories to Asimov's SF Magazine, Analog, Nightmare, Weird Tales, and other anthologies and magazines. Cynthia's reviews appear regularly in The Cascadia Subduction Zone and irregularly in other websites and publications. She is working on the next Bloodthirsty Agent adventure.

With author Nisi Shawl, Cynthia teaches the acclaimed fiction writers workshop, Writing the Other: Bridging Cultural Differences for Successful Fiction. For more information, or to schedule the workshop for your convention, conference, or institution, see http://www.writingtheother.com/.
Nisi Shawl: Did you know when we met at Clarion West's 1992 class we would become friends? What were your first impressions of me?

Cynthia Ward: I did not know we would become such close friends, but I hoped we would.

Before the workshop started, Week One instructor Nancy Kress chose eight stories for us to critique, and Clarion West mailed them to us twenty students. I didn't have a story among the selections, and I don't remember all the stories she chose, but I do know your story was one of them. I remember my reaction to it, which was that you were a far better writer than I was, and didn't need to attend Clarion West. I didn't feel intimidated, I just felt even more strongly that I needed to be at the workshop. I wanted to know you better and become your friend, because who wouldn't want to know such a good writer?

When we all arrived at Clarion West, I discovered that you were not only as skilled and smart as I thought, but you had dignity and reserve. The reserve mapped on my Maine Yankee upbringing—I wondered if you were a New Englander, although the address on your manuscript and your accent suggested otherwise.

Now instead of the reserve of Northeastern strangers meeting far from our homes, we have this friendship so wonderful, loving, and influential, I cannot imagine what I would be like without you, other
than immeasurably the poorer.

Nisi: We collaborated on the Writing the Other book (Writing the Other: A Practical Approach, 2005, Aqueduct Press), and also on a forthcoming story, "Of Two Bloods." Who came up with what? You've even talked about working with me again on writing projects. Really? 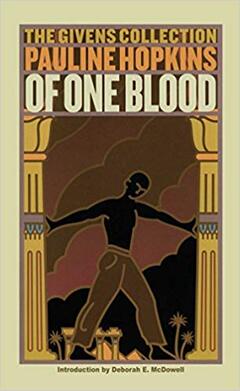 After the Writing the Other book, I didn't collaborate or discuss collaboration with anyone until you and I decided to collaborate on "Of Two Bloods," our mash-up of Sir Arthur Conan Doyle's Sherlock Holmes fiction and Pauline E. Hopkins' utopian lost-race novel, Of One Blood: Or, The Hidden Self. This was a private anthology-invite story for you, but since I'd just finished reading The Complete Sherlock Holmes. I supposed I would help with Holmesian details if asked. Then I read up on Ms. Hopkins, with whom I'd previously been unfamiliar despite her considerable literary importance, and I went to you and said, "I have had a sign! Pauline E. Hopkins was born in Portland, Maine. We must collaborate!" and you agreed. “Of Two Bloods” was accepted for publication in A Scandal In Gomorrah: Queering Sherlock Holmes, forthcoming from Lethe Press (http://www.lethepressbooks.com/).
Nisi: What's our collaboration process like from your point of view?
Cindy: My ex once said, "Stan Lee was much better with Jack Kirby than he ever was alone," and I said, "Isn't that the goal? You create something better, or at least something you never would've achieved on your own?"
In any collaboration I've discussed to date, I've conceived of myself as the junior partner, who will work with, learn from, and take direction from the senior partner, who is a much better and much better known writer than I. This means I check my ego at the door, and I don't argue with or try to overrule or undercut my collaborator. This doesn't mean I'm a doormat; it means I don't have the final decision. I'm open to collaborations where I'm the senior partner, but that hasn't come up yet.
The other unfinished collaboration is still in progress: a YA fantasy novel called The Lovely Truth that my 15-year-old niece Aaliyah is working on with me. We’re not getting very far very fast with it, but it hasn’t come to a complete dead halt, either. Stay tuned.
Have you published mystery/suspense stories elsewhere? Did you discover Sherlock Holmes as a young reader or movie/TV viewer, or did you encounter him at a later point in your life, and do you consider Holmes/Watson or Wimsey/Vane to be an influence on your writing?
Nisi: Mysteries are hard for me to write. That’s what I discovered with “Little Horses.” I think a certain type of mind is good at doing that sort of work, just like a certain type of mind plays chess well. Mysteries are very plot-driven, and require an author to think about the implications of every paragraph, line, and even word in terms of the story being told AND the story being concealed. I think I pulled that off in “Little Horses,” and, with your help, in “Of Two Bloods.” I don’t want to try it again by myself.
Wimsey and Vane came to me much later—after I realized my 1982 marriage was not a font of romance. They were. Do such gentil knights exist outside of fiction?

I don’t believe Conan Doyle’s Holmes influences me other than filling me with respect for tricks I doubt I’ll ever pull off. Wimsey and Vane impressed me with the possibility of representing the nonphysical physically. By this I mean Sayers taught me ways to depict thoughts and emotions through sensory details such as the stirring of a hand, the slackness of an eyelid, the catching of a breath.
Cindy: I am sorry to say I haven't read the Wimsey/Vane novels yet, although I clearly have much delightful reading ahead!

The first Sherlock Holmes story I read was "The Adventure of the Speckled Band," in high school in the '70s, and I was just not up to understanding or appreciating it. However, I did read scattered Holmes stories by Conan Doyle over the years, with ever-increasing understanding and appreciation. Finally, I read The Complete Sherlock Holmes a few years ago. Leaving aside the problematic Victorian treatments of race, gender, etc., these are brilliantly written, vividly characterized stories occupying (and probably inventing) many mystery/suspense subgenres.

As an influence, Holmes, like James Bond, is a conscious, deliberate, late addition, as opposed to the unconsciously absorbed creations of Edgar Rice Burroughs, Robert E. Howard, Charles Saunders, and other pulp or post-pulp adventure-SF/F authors I read as a teenager. A few years ago I finally decided to embrace my weird as a feminist swashbuckling pulp romantic and wear all my unconscious and conscious influences on my literary sleeve. I don't know how that'll turn out as a career move, but it's fun and keeps faith with my twelve-year-old self.

I don't think music is an influence, although there's always been loads of that in my life.
"Whoever Fights Monsters" has begotten a mystery/science fantasy series in which its blood-thirsty baby is a grown-up action/adventure heroine, romancing J. Sheridan Le Fanu's Carmilla and working Bond-fashion in British Intelligence for stepfather M(ycroft) between 1912 and 1930. So far, I've sold the Titanic-set first novella, “The Adventure of the Incognito Countess,” to Aqueduct Press for stand-alone publication in 2017, and sent the WWI-era sequel novella (working title, “The Adventure of the Dux Bellorum”) to my beta readers. Two more stories are planned. I hope they won't be novellas (or novels!).

Nisi: So are you doing what you want now, Cindy? Or are you marking time till you can really cut loose and have a blast?
isi: I am mostly doing what I want, yeah. Writing is so much fun! It's work, of course, but it's work I enjoy and believe I can keep doing with love and vigor as long as health permits. I'm certainly excited about the release of Everfair this fall, and also nervous. Not everyone will like it, and I understand that, but it is full of my affection for the characters, and the lands in which it's set, and the topics with which it deals. Writing it was like making love for years and years and years—with the added convenience of being able to rewind and erase. So I got to correct errors as I went. Which in lovemaking with humans is not actually the case.

Cindy: The idea and protagonist for our collaborative story "Of Two Bloods" are yours. Do you remember how you got the idea for it, and for our protagonist, Sherlock Holmes's cross-dressing, mixed-race, lesbian half-sister?

Nisi: Well, Lethe Press’s Steve Berman approached me originally with the idea of a mash-up of Pauline Hopkins and Arthur Conan Doyle. He had the vision of Reuel as a Watson-analogue, and I liked that a lot. The idea for the plot rests on a common trope in mysteries, fortune-telling, and stories about racial identity: inheritance and legitimacy.

Our heroine Pauline is probably the closest element in "Of Two Bloods" to a Nisi Shawl creation. Her mixed-race status was needed to foreground the presence of nonwhites both in that historical period and in the mystery genre. Ditto her gender and the presence of women acting as agents rather than set decorations or rewards. Her crossdressing was a plot convenience—it makes it possible for her to share quarters with a man sans comment. Her lesbianism came as a surprise to me. It seemed to develop out of the storyline quite organically. You were part of that, so I give you credit for what happened there.

I'm quite happy with Pauline Chambers, and I hope we get to spend more time with her, recounting her further adventures. You know there will be more—she's so at odds with the dominant paradigm of the Belle Epoque!

Cindy: There will be more, yes!